Getting to know hallmarks can seem like an intimidating task. What with assay office marks, maker's marks, time stamps, and different symbols for different countries, there is an extensive, seemingly infinite library of hallmarks out there. Luckily for you, AAJ has compiled an easy beginner's guide to the most common and important hallmarks.

Hallmarks are marks struck into precious metals as certification of their quality and authenticity. They essentially act as a guarantee that a piece contains the fine materials stated. Initially, they were introduced for consumer protection. They are called 'hallmarks,' because, in English tradition, the marks would be granted by Goldsmith's Hall before being sold. To be classed as a hallmark, an official assay office must be involved in the process.

Although in the UK, there are only three compulsory marks required for hallmarking, hallmarks themselves can have up to five different symbols constituting the mark:

'Anatomy of a Hallmark,' via The Assay Office.

Sponsor's marks are Assay Office approved marks that show the person or company that has sent the piece for hallmarking. For example, this might be the manufacturer, seller, or importer of a piece. Nonetheless, to bear a sponsor's mark, the sponsor must be registered and approved by the Assay Office.

Standard marks / millesimal fineness marks show the fineness of the metal used. They correspond to the purity of the metal as parts out of 1000. 1000 corresponds to 24 carats and is essentially a metric way of expressing purity. For example, '750' is equivalent to the 18-carat gold standard. In antique jewelry, the number of pure carats out of 24 is somewhat more commonly expressed than the millesimal system.

Traditional fineness marks indicate the material used. These are optional parts of hallmarking. Common symbols include a crown for gold, a lion for silver, and an orb for platinum.

The main UK and Irish Assay Office marks from historically prominent jewelry-making cities, via the Antiques Trade Gazette. Nowadays, only the Birmingham, Edinburgh, London, Sheffield, and Dublin offices are in operation, the others having closed down in the 19th and 20th centuries.

Date letters act as timestamps, dating the piece by year. To use recent examples, 'p' corresponds to 2014, 'q' to 2015, 'r' to 2016, and so on. This is also an optional mark and varies by city as to which year has which mark. Therefore, it is important to check the date mark alongside the assay office mark to determine the correct year.

Birmingham is an important jewelry making city in the UK. These are Birmingham's date letters from 1773-1974.

Click through the gallery above to see more date letters from key UK cities.

Maker's marks are marks found on metals that are struck on by the maker of the jewelry. These do not bear official certification, but they can be useful in antiques for determining the maker of the piece.

Gold ring with plaited hair and five surrounding letters spelling REGARD. The hallmark is for Birmingham 1863, in 18-carat gold. The sponsor mark reads 'EV.'

Photos: © The Trustees of the British Museum.

What does the Assay Office do?

Assay Offices are official organizations that test or assay metal to ensure that the composition meets legal requirements. In the past, this was done by scraping a small amount of metal from the piece and testing it. This was called 'sampling.' In the 1990s and early 2000s, a new method was pioneered as an alternative that would not leave scraping marks on the metal, thus necessitating further polishing after the assaying process. X-Ray Fluorescence is now the established alternative method for testing metals.

For the hallmarking itself, hand-operated or hydraulic presses are commonly used, and laser marking is also becoming increasingly popular.

Engraved gold and blue enamel snake ring with a band of ribbed brown hair. The serpent has ruby eyes. Full hallmarking, complete with the maker's mark. The hallmark indicates that the maker is WV, made in London in 1848 in gold. Unfortunately in this image, the hallmark shows upside-down! Photos: © The Trustees of the British Museum.

What if there's no mark?

For a long time, particularly during the Georgian and Victorian eras, jewelry was often sold without proper hallmarking. In fact, hallmarking only became compulsory on all precious metals around the 1920s. As a result, the Assay Office carries a pre-1950s exemption from hallmarking. If a piece was manufactured before 1950 and bears no hallmark, it is exempt from the Assay Office's usual requirements. An antique jewelry expert, however, should be able to determine the materials and time frame of the piece without a hallmark in place.

This means that dating and determining the authenticity of an antique piece may sometimes be more difficult, so it's important as a customer to deal only with trusted and reputable sellers when hallmarks are unavailable. Being a certified member of LAPADA (The Association of Art & Antiques Dealers) is a good sign to look out for, as it means the dealer has been externally approved by the association.

A gold memorial ring with an enameled bezel featuring a ducal coronet and the device of the Duke of Northumberland. The hallmark reads 'L' alongside the London assay office mark, for 1846-1847. The crown along with the '18' indicates 18-carat gold. A maker's mark is also included, 'TE' for Thomas Eady.

Photo: © The Trustees of the British Museum.

Hallmarks in the USA

Purity marks and makers marks are not compulsory, however. Unlike in the UK, where precious metals must be marked by an assay office in order to be advertised as gold, silver, or platinum, in the USA metal can legally go unmarked.

For this reason, USA-made antique and modern jewelry will often be unmarked. If it does have a mark, however, it can be distinguished by the American spelling of carat/karat as 'kt' rather than the British 'ct'.

Hallmarking is also compulsory in France, as it is in the UK. In fact, the French hallmarking system dates back to the 13th century and is the most complicated system, with the most variety of potential marks. French law requires that all gold jewelry must have a minimum of 18 carat, so only items destined for exportation may be marked with symbols indicating lower purity levels.

In France, there is evidence of silversmith hallmarks going all the way back to Gallo-Roman times. However, in the late Middle Ages, there was a pressing need to harmonize the laws surrounding hallmarks due to continued fraud and counterfeiting. In the late 13th century, Philippe III implemented the introduction of official hallmarks guaranteeing the silversmith mark. Eventually, goldsmith hallmarks would follow in the early 14th century and by the 15th century. Two separate hallmarks became required: one indicating the goldsmith or silversmith and another showing the quality of the respective metal.

During the 16th and 17th centuries, French hallmarks became more and more complex, culminating in the 1674 reforms by Colbert and the establishment of la Ferme générale. Under the new laws, les fermiers généraux were responsible for controlling gold and silver pieces in each town and region. Most pieces were required to have 4 hallmarks, unique to the specific town or region. In addition, some places required up to 6 distinct hallmarks. Collectors today love to investigate hallmarks found on surviving pieces, as it provides a unique journey into some complex history.

Everything changed with the French Revolution. We tend to forget that revolutionaries favored not only the abolishment of what they perceived to be privileges held by the nobility but any form of regulation when it came to enterprise. Out went the guilds and in came complete deregulation. There were no longer any indirect taxes and “anyone” could enter into any profession. However, this led to widespread fraud, corruption, and eventually diminished fiscal revenue for the state. The State was quick to rectify this problem and developed the hallmarking laws that mostly survive today. Most of the French antique jewelry that exists today will most likely demonstrate some of the hallmarks of the late 18th century as well as those from the 19th and 20th centuries. During the 19th century, particularly after 1838, the state sought to streamline the hallmarks. Included in the requirements were the silversmith or goldsmith’s stamp followed by the traditional fineness hallmark. In France, the fineness hallmark and what would be the assay hallmark were often combined.  Some common hallmarks found on French antique jewelry include : 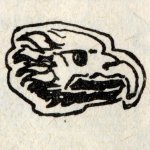 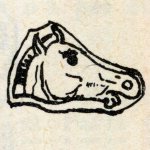 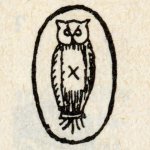 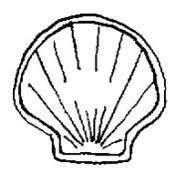 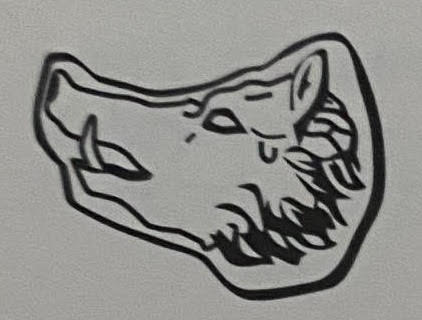 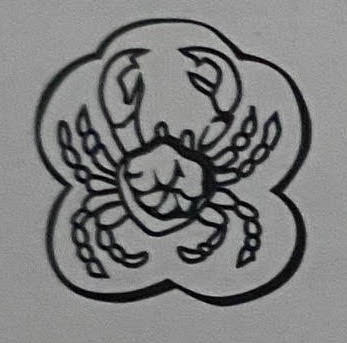 For further reading about French hallmarks check out: 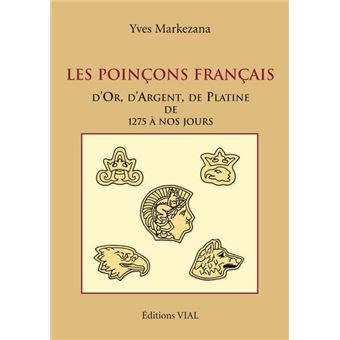 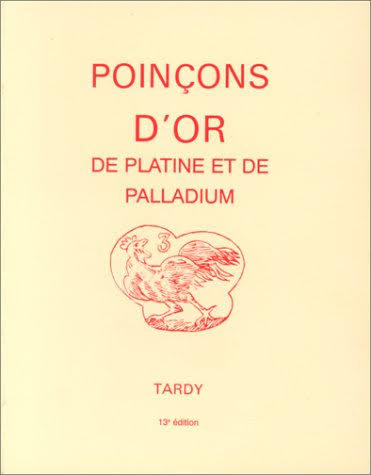 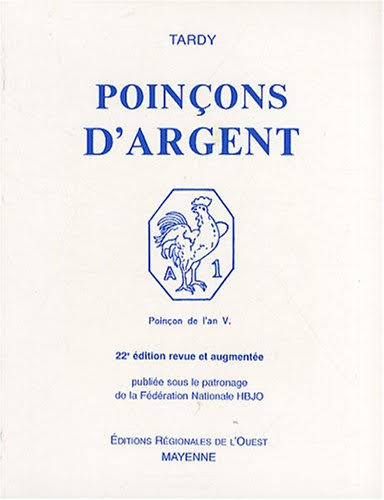 Examples of French marks indicating provincial origins. These marks were used as far back as the 16th century.

Via Hand Book to French Hall Marks on Silver and Gold Plate, ed. Christopher A. Markham. This handbook is great for French marks - it contains 431 stamps.

There you have it - the antique jewelry beginner's guide to hallmarks. Visit AAJ's Instagram to see some of the beautiful pieces you can flex your newfound knowledge on!

Many thanks to Lara Fenyar for her help and knowledge of the history of French hallmarking!